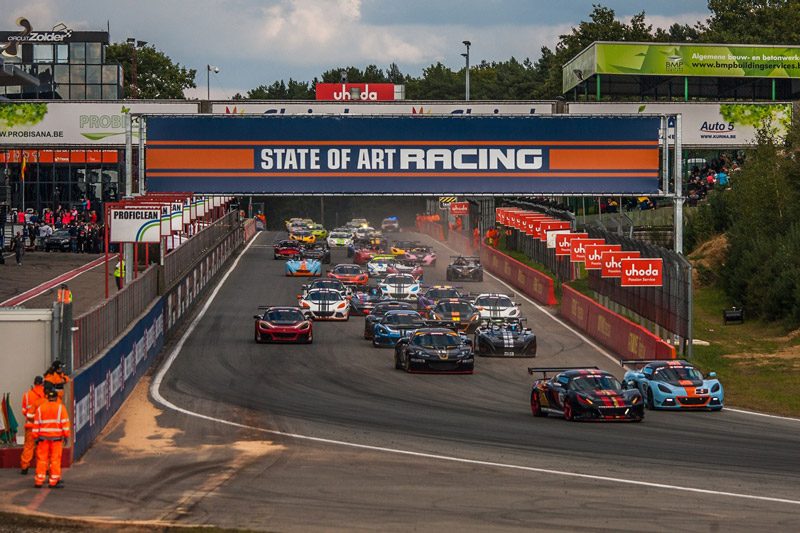 Following a two-month summer break, the 2017 Lotus Cup Europe season recommenced in the same country that held the previous round. This time, however, the action moved from Spa-Francorchamps in the Waloon region to the Flemish Zolder circuit.

Either way, it was still home ground for John Rasse, who was hunting down title leader Christophe Lisandre, although the latter would be clear favourite to win his class, whilst the Belgian faced stiff competition from fellow V6-runner Xavier Georges, plus many more of the fleet six-cylinder cars.

The Open class battle between Sharon Scolari and David Harvey was set to continue, whilst Jason McInulty was hoping to grab an advantage over his Production class rivals.

Rasse claimed the opening spoils in the Saturday lunchtime practice session, but by qualifying in late afternoon, rival Georges stole the initiative, taking pole position by just a couple of tenths. In third place was the Evora of Steve Williams, who headed Jean-Baptiste Loup, then reigning champion Tamas Vizin before the first of the 2-Elevens, which was, inevitably, Lisandre. The title leader, however, only just pipped Christopher Laroche by half a tenth. The top ten was completed by Bence Balogh, David McInulty and Andrew Wright. 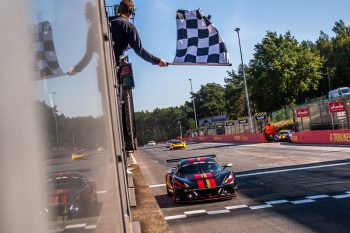 Despite holding pole position, Georges was a little more cautious into the first corner off the rolling start, and with the outside at turn one being converted to the inside line into the following corner, Rasse was able to lead immediately. With Williams successfully fending off an early attack from Loup, the podium order was settled, but the trio remained in close company throughout the race distance. Indeed, Rasse would complete the 18 lap encounter just over a second clear of runner-up Georges.

Such was the podium finishers’ level of dominance, that fourth place man David McInulty was almost half a minute behind. However he’d enjoyed a strong race, making up many places from ninth on the grid that included a successful challenge on the winning 2-Eleven of Lisandre who, by way of greater numbers in the V6 Cup class, saw his title lead further diminished.

Jason McInulty’s Elise failed on the grid, and this meant that Pettersson drove to an easy Production class win, 15 seconds clear of Philippe Vanpevenaeyge, who was half as much in front of Thierry Hedoin by the flag. 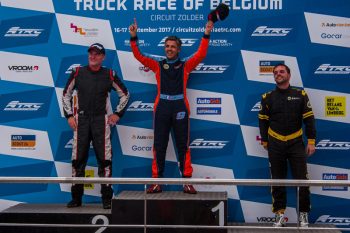 If the opening race was close, the second encounter brought a tense fight for the lead, with Rasse assuming the head of the field once more, but unable to shake off the chasing Georges. For lap after lap the Exiges pulled clear of the field, barely a tenth between them.

Behind, Williams was losing places, first to Vizin, then Loup. The reigning champion made third place his own, and having stepped out of the car after the race, was almost as delighted as when he had secured the title in the Zolder pitlane just 12 months ago.

With Vizin in third, the leading Exiges lapped in formation whilst clearing the backmarkers, then Georges chose his moment on the run past the pitlane, grabbing first place into the opening corner late into the race. He made sure that Rasse was not in a position to attack, thus ending the Belgian’s domination. But only just…a cloudburst in the closing moments made conditions on a track already contaminated by the European Truck Racing Championship machines even more treacherous. Both slid their way round until race control made the sensible decision to end the race a minute early.

Loup took fourth behind the podium finishers, despite closing on Vizin, whilst David McInuty was fifth, followed home by Balogh and Wright.

The 2-Eleven class was destined for a new race winner after a gearbox issue ended Lisandre’s race before it had even started. This fell to Christopher Laroche, who finished in eighth place ahead of Williams and Robin Nilsson.

Harvey completed a brace of Open class victories after finishing 12th, six places ahead of Scolari, whilst a resurgent Jason McInulty enjoyed a close tussle with Pettersson, which was resolved in the Briton’s favour. It was every bit as intense as the lead fight, and the pair cleared third-placed Vanpevenayge by half a minute.

It was honours even for the V6 Cup class’s two standout drivers at Zolder, with pole and victory for Georges halting Rasse’s inexorable progress towards the championship lead. But with Lisandre’s race two no-show, the 2-Eleven driver’s lead is diminished, even though his non-score can be dropped thanks to the series regulations. Certainly the next round at Germany’s Nűrburgring in two weeks’ time will be playing an important part in the destiny of the 2017 title.