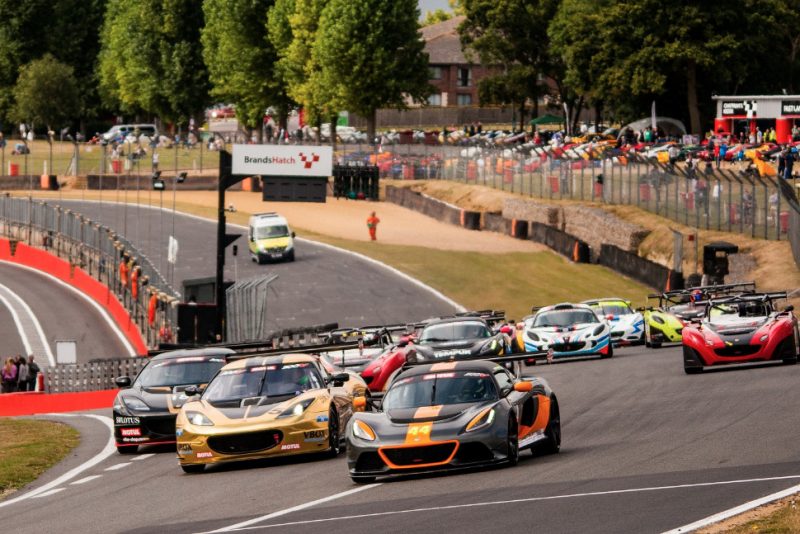 Following his first Evora wins at Spa-Francorchamps in July, Britain’s Steve Williams added another brace of victories at Brands Hatch this weekend (27-28 August), when Lotus Cup Europe headlined the Lotus Festival for the championship’s second UK round.

Having already claimed pole position, Williams led race one from lights to the flag, but had to do some overtaking in the second, after losing out to compatriots Andrew Wright and Jon Packer away from

the line. However he was soon past Packer’s Evora and a lunge into Paddock Hill bend gave him a lead that he would not relinquish, even after a brief shower that brought the race to a conclusion.

Packer finished the opening race in third place, but retired from the second. This promoted Frenchman Jean-Baptiste Loup, who had already taken the runner-up slot in the earlier encounter, and the 2-Eleven class win. He was joined on the podium by his father, Philippe.

Britain’s Harry Woodhead took a fine fifth place and the Open class win in the opening race, but an off-track excursion in the rain lost him the lead in the second race to France’s Christopher Laroche.

Hungarian Tamas Vizin took a clear Production class win in the first race, but the second was a thriller, with Frenchman Thierry Hedoin keeping him honest, whilst having to fend off the attentions of Briton James Knight. Hedoin lost out on a second category podium late on in the race, promoting Knight and compatriot Jason McInulty.

The next round of the FIA International Series will take place at Zolder on 17-18 September, supporting the FIA European Truck Championship.