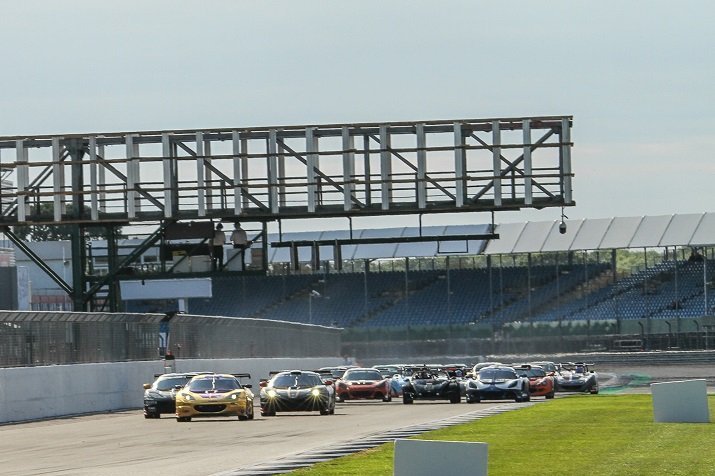 Introduction
For its sole British round of 2018, Lotus Cup Europe returned to Silverstone, home of the British Grand Prix, for the first time in two years. The championship would race on the full GP layout, taking in the Hangar and Wellington straights as well as the high-speed Copse, Maggots-Becketts-Chapel, Stowe and Abbey corners.

Having been victorious for the first time this season at his home circuit of Zolder, John Rasse was aiming to carry on his winning streak in the UK. However, with a championship to win, Hungary’s Bence Balogh would surely be a tough opponent, not to mention Brits Steve Williams and Jason McInulty on home turf.

Meanwhile, Franck and Christopher Laroche, Andrew Wright and Sven Pettersson all had class title leads to hold onto as the 2018 championship entered its penultimate round. 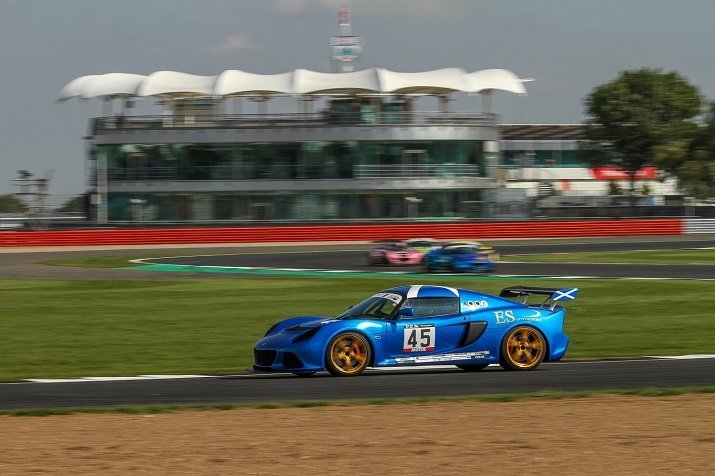 Practice and Qualifying
Hungary’s Tamas Vizin topped the Friday practice session, but problems in qualifying handed the advantage to his fellow countryman, and Balogh took another pole position and the early advantage. Rasse looked to have carried on his form from Zolder with second on the grid just a couple of tenths off the pole, but post-qualifying checks would see him excluded him from the session. McInulty was therefore promoted to second, whilst Williams too third ahead of David McInulty, and impressive rookie Calum King. Next up would be Open class leader Wright, then Robin Nilsson and David Harvey. 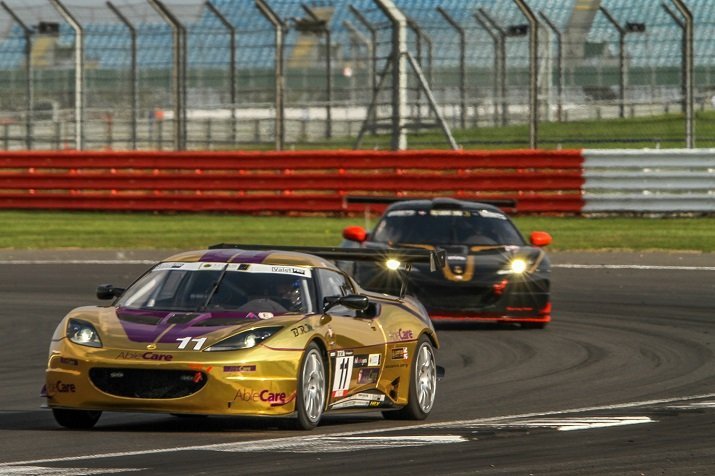 Race One
Balogh took the lead into Copse, but fellow front-row starter McInulty had the better of him through the esses and took over the head of the race. Throughout the half-hour encounter the pair were close, but with one eye on the championship, Balogh elected to keep McInulty, who was driving the widest Evora he could, in check rather than risk all for a win.

Behind the leaders, King made a good start, and took advantage to claim third from Williams. He drove a lonely, but successful race to take a podium position on his debut. Meanwhile Williams had the company of Vizin, whilst Harvey wasn’t far behind to secure the Open category honours. 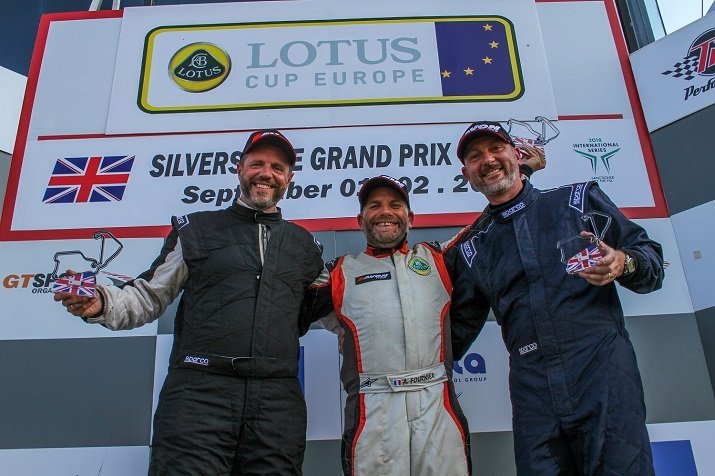 Swedish pair Palma and Nilsson headed Open class runner-up Wright to complete the top ten. Just behind, Fournier claimed the 2-Eleven win, some way ahead of closest rival Laroche, whilst Stothert hung on for a category podium.

In Production, Yates struggled with gear selection problems, and in the meantime Knight claimed the early lead. Despite not having driven the car for several months he hung on from Pettersson and Hedoin to take the win on his first drive since Hockenheim. 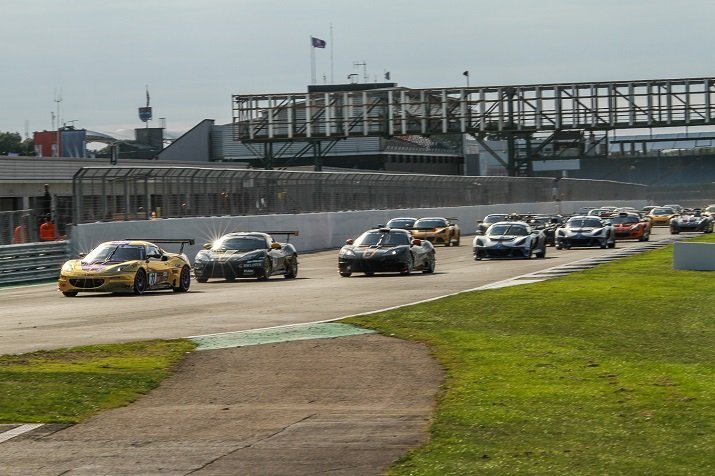 Race Two
Having won the first race, McInulty started from pole position and took the early lead from the standing start. However Balogh was much more keen to win this encounter and in the opening laps drew level on the run to Copse and duly took the lead. This he would hold to the end of the race.

McInulty dropped back from the leader in the following laps and this left him vulnerable to attack from Williams. Indeed, McInulty’s car began to suffer in the closing stages and Wililams was past. Further behind, however, Vizin’s car caught fire and whilst the flames were quickly extinguished, it had dropped oil on the circuit, which caused several cars to take avoiding action. Unfortunately Stothert was unable to miss contact with the barrier and his stranded car brought out the red flag. With the result counted back one lap, McInulty kept second place. 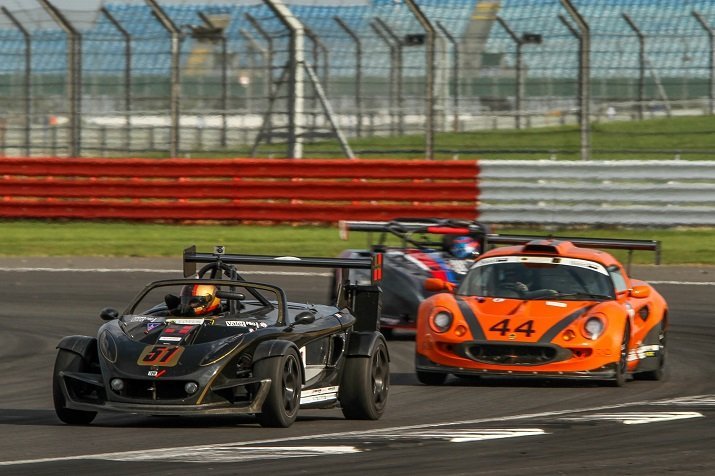 Vizin was declared to have finished in fourth place, followed by Palma, David McInulty and race one podium finisher King. Nilsson was eighth, Verhiest ninth and Open class winner Harvey claimed tenth place. He was joined on the category podium by Wright and Storey.

Behind Harvey, Laroche took the 2-Eleven victory, which aided his class title charge, with Fournier second in category and the unfortunate Stothert third. 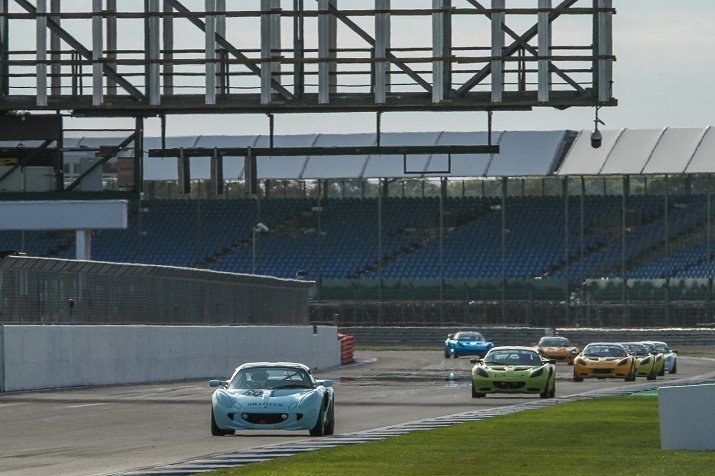 Knight led the Production battle, but his brakes failed and he was forced to return to the pits. This left Hedoin to head the class and the Frenchman followed up on his Zolder success, leading Pettersson and Yates home. 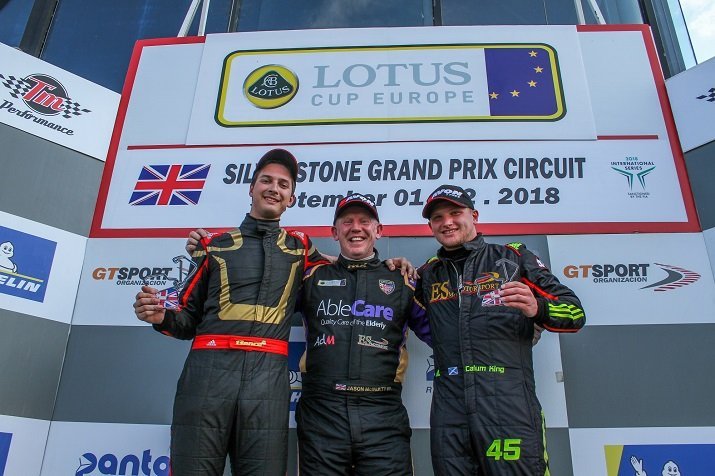 Conclusion
Two thrill-packed races at Silverstone saw Jason McInulty add to his Spa-Francorchamps win, but with victory in the second encounter, Balogh has done enough to claim the championship ahead of the finale at Le Mans. Whilst two podium finishes was not enough for title rival Pettersson to bring it down to the wire, the Swede did at least secure the Production crown.

The event was also notable for fine drives from rookie King and Knight, back after a short absence. With the 2-Eleven and Open titles still to be resolved, the season concludes at the end of September when Lotus Cup Europe makes a welcome return to the race card at the 24 Heures Camions in Le Mans.