Rasse doubles up at Hockenheim 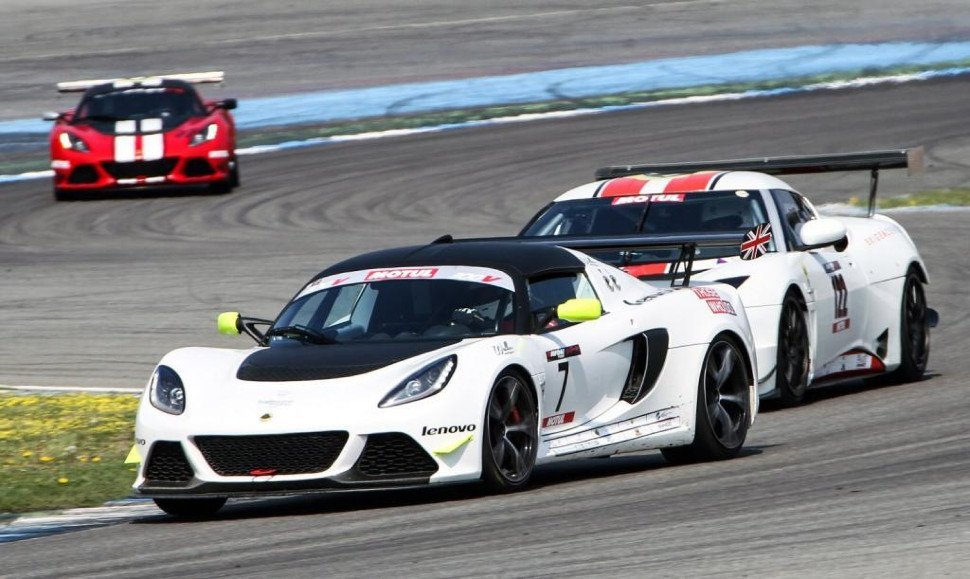 Gregory Rasse got his 2014 Lotus Cup Europe campaign off to the perfect start with a pair of race victories at Germany’s Hockenheim circuit.

Racing on the bill of the annual Jim Clark Revival meeting, the Belgian’s Evora held off the similarly-powered Exiges of Jon Walker and Phillippe Loup in both contests.

Pole man Walker and fellow front row starter Rasse disputed the lead throughout a pulsating opening race, and it was the Evora that just managed to squeeze ahead at the line. The result was repeated for the second encounter. Xavier Georges and Nicholas Ferrer claimed both 2-Eleven and Exige class wins respectively.

The opening Production class race was just as thrilling, with Englishman Andrew Wright claiming his first win in Europe from reigning champion Thomas Dehaibe with just two laps to go after an intense fight for the lead. Later on a scrap between Jon Packer, Wright and Dehaibe saw the Luxembourg driver take a vital win to aid the defence of his crown.

The event, held in honour of the Team Lotus legend who lost his life at the German circuit attracted Lotus drivers from all over Europe, including Belgium, Sweden, Germany, France, Switzerland, Denmark and Luxembourg. Over 300 Lotus cars participated in lap of the full Grand Prix circuit on Saturday night, whilst numerous Lotus race cars competed on track throughout the weekend.

Unfortunately the event was clouded by the passing of historic racer Dr Albert Fleming and everyone at LoTRDC expressed their sadness and sent their deepest condolences to his family and friends.