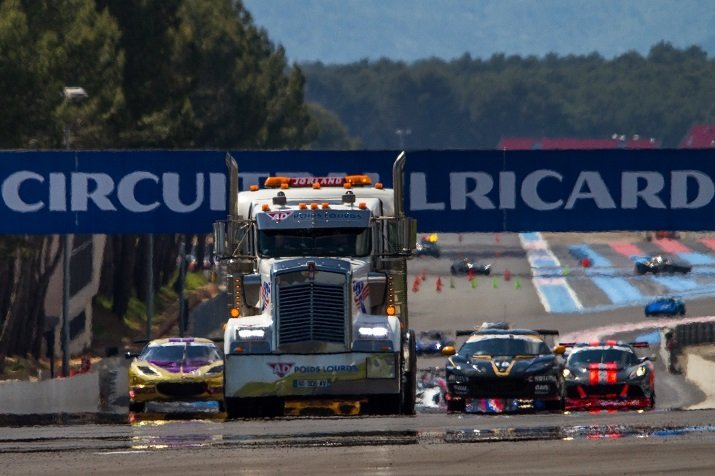 Introduction
Following an exciting opening to the new season at an unseasonably hot Hockenheim in April, Lotus Cup Europe moved south to Paul Ricard in France, just weeks before the Mediterranean circuit would host the first French Grand Prix in a decade.

Following his double victory in Germany, Britain’s Steve Williams led the championship heading to Paul Ricard, but plenty of drivers would be snapping at his heels, with Bence Balogh finding plenty of speed at Hockenheim, whilst John Rasse and Xavier Georges would start as favourites for victory based on their 2017 form here.  Meanwhile Andrew Wright and Sven Pettersson were both poised to take the championship lead should Williams falter. 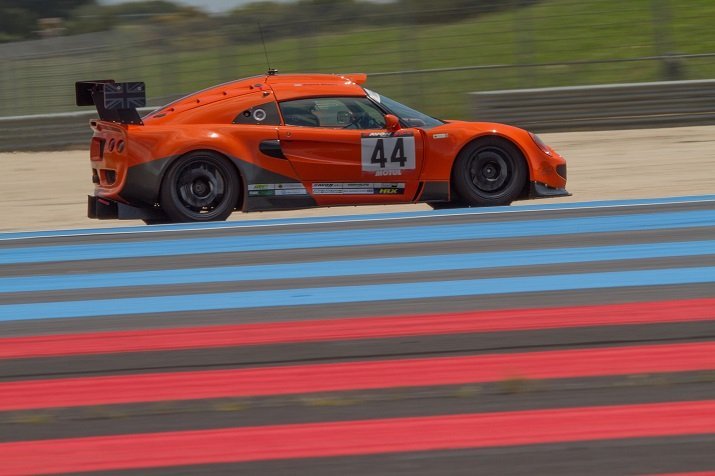 Practice and Qualifying
Picking up from where he left off in Germany, Williams headed both practice sessions, the first from Hockehheim rival Balogh and the second from Jason McInulty, which suggested another strong weekend for the Evoras. In qualifying, however, Balogh made it his second pole position in a row, beating Williams by eight tenths of a second. McInulty made it a 1-2-3 for the only Evoras in the field.

This left Rasse as best of the V6 Exiges, whilst Georges would be sitting out the weekend with a broken gearbox. The reigning champion headed the 2016 title-holder, Tamas Vizin, then Robin Nilsson and Thierry Verheist. Christophe Lisandre was the fastest 2-Eleven in eighth place, with David McInulty and Benoit Roger completing the top ten. 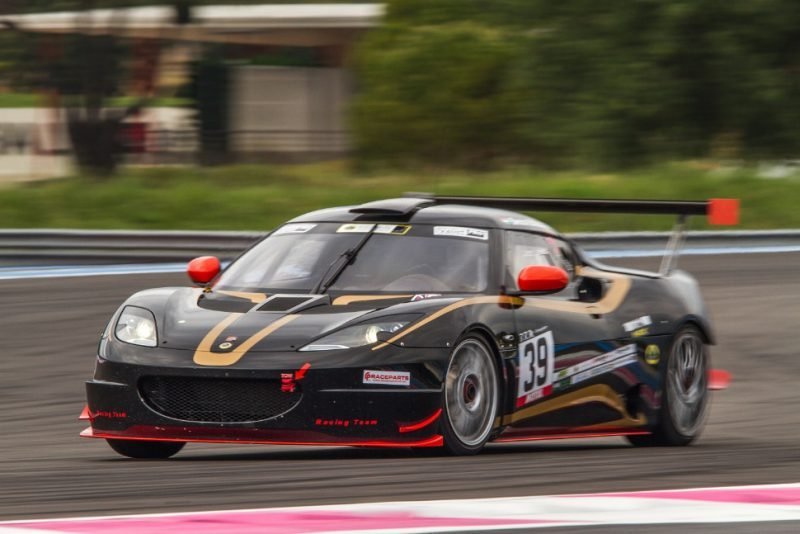 Race One
After defeat in Germany, Balogh made sure his start was a good one and led the field round the opening lap, whilst behind him, Rasse took second place from Williams and McInulty, the latter’s race ending almost immediately. The Hungarian began to pull away from his rivals, and Williams would spend the early part of the race trying to find a way past the Belgian.

Finally Williams managed to wrest second place from Rasse, but could do nothing about the race leader, and took the flag just ahead of the Exige. Behind them, Vizin and Verheist battled for fourth place, decided in the Hungarian’s favour. Nilsson and David McInulty completed the distance in sixth and seventh places.

Lisandre led the 2-Eleven category, but was forced into a spin by contact late on and fell behind class rival Christopher Laroche. He tried his hardest to catch the leading 2-Eleven, but was unable to close the gap further than eight tenths of a second by the flag. The pair both headed tenth-placed Andrew Wright, the Open winner, home. It had looked as though Harvey would take the victory, but his 340R faltered during the race and fell to last of the classified runners.

There was an exciting fight for the Production class win. Cederholm had managed to pass pole-sitter Pettersson early on and with Paul Pattison disputing second place, it looked as though Cederholm would have a decent shot at his first class victory. But Mark Yates fought his way up the field and began to challenge for the lead. Ultimately, he was caught out by a surprise counter-attack from Pettersson, and the resultant contact ended his race, delayed the Swede and handed a clear win to Cederholm, as well as giving a delighted Pattison second in class. 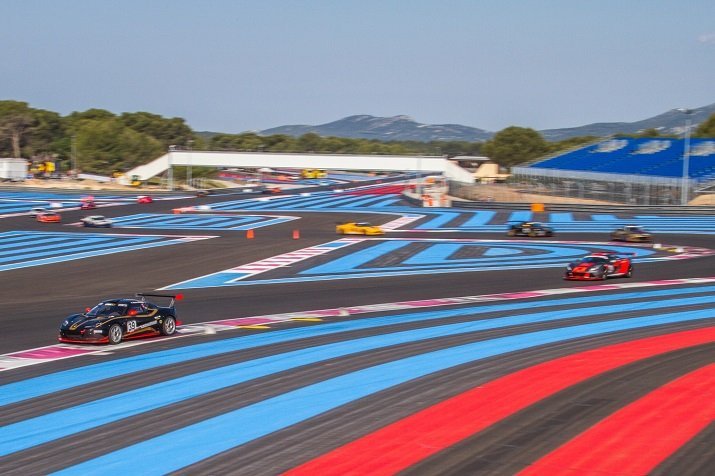 Race Two
Balogh made another fine getaway, in contrast to Williams, who again lost out to Rasse and also McInulty this time. Rasse kept in touch with the leader, but could not do anything to stop the Hungarian from taking a second win of the weekend. Meanwhile Williams spent much of the race trying to find his way past McInulty.

As the race headed towards its conclusion, Rasse picked up a drive-through penalty, falling to sixth place behind the squabbling Vizin and Verheist. The pair caught Williams towards the end of the race, but the Briton regrouped and headed off after McInulty, grabbing second place on the final lap.

Behind Rasse, David McInulty had a quiet race to seventh place, ahead of Daniel Palma, who had his work cut out keeping 2-Eleven victor Christophe Lisandre at bay. The pair finished ahead of Open class victor Andrew Wright, who had an untroubled run to the flag ahead of 2-Eleven podium finishers Franck Laroche and Philippe Loup, their eventual finishing places under heavy dispute for many laps.

Cederholm was not as potent a force as he had been on Saturday, and this left Pettersson and Yates to resume their battle from the previous day. Pettersson initially had the upper hand, but Yates picked his moment and having passed the Swede, managed to control the race to take a well-earned victory, with Theirry Hedoin grabbing the final podium place. 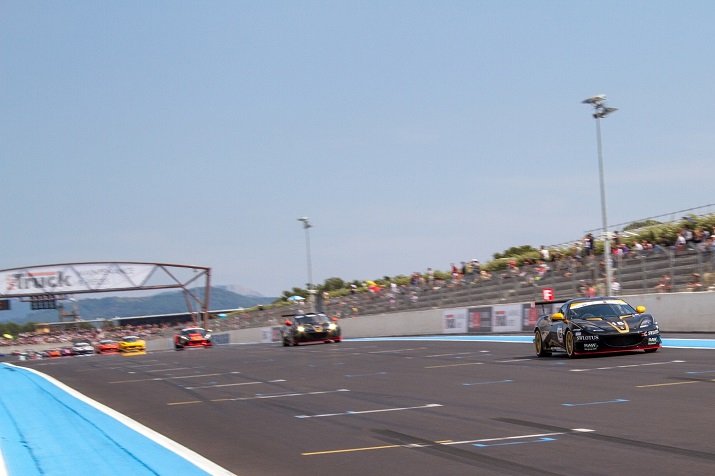 Race Three
Having lost out in the rolling start races, Williams made it count off the standing start, taking an early lead in the finale. However, Balogh was soon past, taking the lead on the pit straight, and headed off to a third victory of the weekend. Meanwhile, Rasse was also proving to be faster than the Briton and midway through the race got a much better exit out of the final turn to grab second place.

Behind the leading trio, Jason McInulty headed a very closely-matched group including Vizin, Verheist, Nilsson and David McInulty. The bunch also included the 2-Elevens of Lisandre and Christopher Laroche, who completed the top ten.

Once again poor Harvey was unable to get any meaningful running from his 340R, this time with a fuelling issue, leaving Wright to have another untroubled run to the Open class spoils. Fenwick took second in class and Dave Carr third, consolation for the ES Motorsport boss from a weekend that began with a very hard impact at turn one.

Pettersson finally got his revenge over his Production class rivals, becoming the third different winner of the weekend from a very competitive class. Yates claimed second, with a delighted Hedoin third. 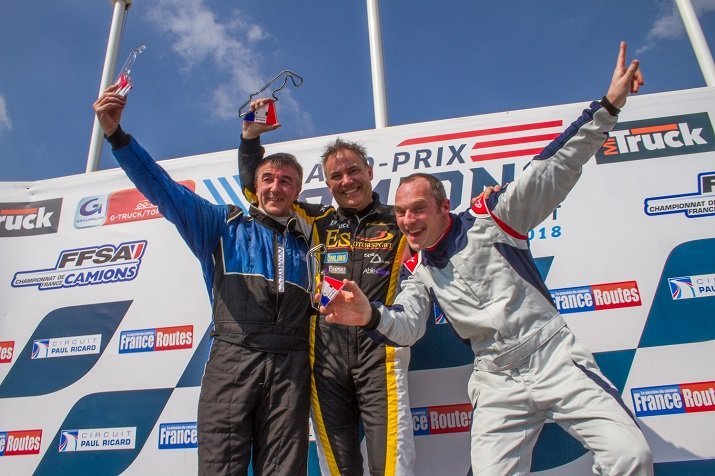 Conclusion
Three closely-fought and unpredictable races made the second weekend of the 2018 Lotus Cup Europe season another very entertaining one. The championship battle is heating up, with Balogh stating his intent in a very clear manner, and taking the title lead. With a perfect score so far, Wright could still offer a challenge to the V6 runners, with just the number of rivals in his class his only hindrance under the points system.

With just two weeks until the next round, at Belgium’s Spa-Francorchamps, there’s lots of work for the drivers to do if they are to maintain their title challenges in the Ardennes.