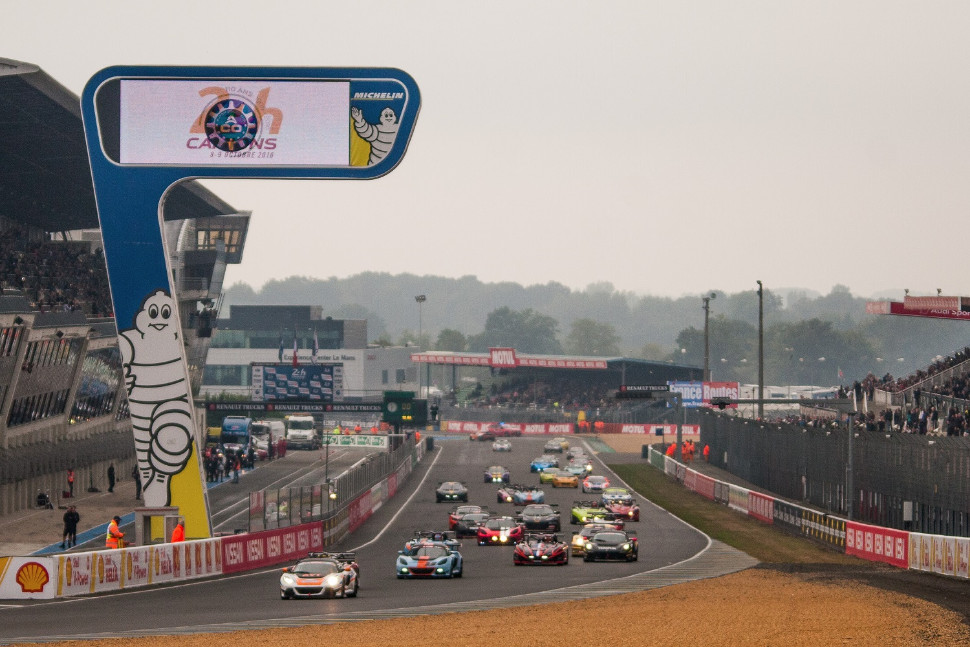 Packer’s Evora stormed into the lead in the opening race from surprise polesitter, Sweden’s Tommie Eliasson, and Georges, both in Exiges, who would eventually take second place. The Frenchman got his revenge in the standing-start second encounter, whilst Packer fought to second, with the Exige of Dane Nikolaj Ipsen battling his way up the order to third.

The final race offered double points, but second for Georges behind Packer was enough to secure the V6 Cup title. Eliasson led the early running but had to settle for third place.

The 2-Eleven class championship came down to a straight fight between reigning category champion Jean-Baptiste Loup and Christophe Lisandre, both from France. Loup retired from the opener, and Lisandre lost ground in the second race, but the former needed a point for fastest lap to stand a chance of retaining his crown. Fifth in class secured Lisandre the title.

With Britain’s Harry Woodhead forced to withdraw from the meeting after practice, Frenchman Christopher Laroche was guaranteed the title. Racing with his brother Franck the pair were forced to start from the back after qualifying and they shared class wins with Dutchman Eric van’t Oever (Exige) and Swiss Sharon Scolari (Elise).

With the Overall 2016 title claimed by Production class runner Tamas Vizin from Hungary last month at Zolder, the category saw three closely-contested races. Frenchman Thierry Hedoin, who had often finished as class runner-up during the season, won all three but not without needing to fight. Briton James Knight offered much resistance, as did Swede Sven Pettersson, whilst his compatriot Daniel Palma and Britain’s Mark Yates also made podium appearances.

The final round of the Lotus Cup Europe season supported the 24 Heures Camions truck racing event for the second time, with a huge crowd enjoying the three races.

Lotus Cup Europe will return in spring 2017, with a full race calendar due to be released in the coming weeks.