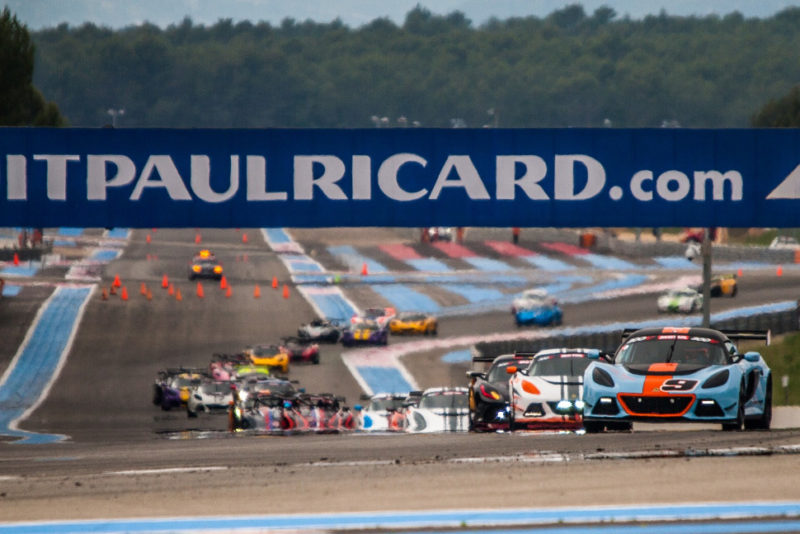 Grand Prix venues past, present and future all feature on the 2018 Lotus Cup Europe calendar, which will visit four countries over seven meetings, including several prestigious events.

The FIA International Series is open to the world-famous British manufacturer’s products from the Elise onwards, including the Exige, Evora, 2-Eleven and even rarities such as the 340R.

The calendar includes visits to many of the continent’s classic circuits, and will open at the Hockenheim Historic event in Germany. The long-established meeting will celebrate the life of Lotus F1 champion Jim Clark in the 50th anniversary of his passing, with a mixture of historic and contemporary cars in action.

From there the series will visit Paul RIcard in the south of France, just weeks before its return to the F1 calendar, with three races supporting the Coupe de France Camions truck racing championship. The French-speaking connection continues with a fixture at the majestic Spa-Francorchamps circuit in Belgium in June, then a return to Magny-Cours in France the following month, for another three rounds supporting the French truck racing series.

Zolder, in the Flemish region of Belgium hosts the next event in August, with Lotus Cup Europe joining the bill of the circuit’s annual 24-hour race meeting. This is followed by a stop off in the UK, supporting the International GT Open series at Silverstone in September. The championship finale will take place later in the month at Le Mans, with three races supporting the famous 24 Heures Camions event.

Grids for the 2018 season are set to continue the series’ trend of more than 30 cars, with strong representation in each of the V6 Cup, 211, Open and Production classes.