Introduction
One of the most popular tracks on the Lotus Cup Europe schedule hosted rounds three and four of the 2015 championship. Situated on the eastern side of France, Dijon-Prenois is a relatively new circuit compared to many of Europe’s classic tracks, but remains in the hearts of motor racing fans thanks to the exploits of Gilles Villeneuve and Rene Arnoux in 1979. It’s also a great, flowing circuit, with sections that require bravery and precision in equal measure.

Unforeseen circumstances meant that Hockenheim victor Greg Rasse was unable to take part in the meeting, leaving Jonathan Walker and Nikolaj Ipsen as pre-race favourites. John Rasse was expected to uphold family honour in the Production class, however.
Practice and Qualifying
Walker headed both practice sessions, the first held in torrential conditions, with the rain letting up for the second. The weather forecast reckoned that the track was unlikely to be dry at any point of the weekend, and heading into qualifying, reigning champion Jeremy Lourenco looked strong after second practice, just a tenth off Walker’s similar Exige V6, with Nicolas Ferrer’s Exige ahead of Steve Williams’ Evora and Christophe Lisandre’s 2-Eleven. Just outside the top ten, Rasse led Markus Nikowitsch by over a second to head Production.

Walker extended his advantage in the qualifying session to take pole position by half a second from Lourenco, and the pair were way in front of the second row, which consisted of Jon Packer and Ipsen, whilst Nick Walker took fifth despite a spin late on in the final corner that brought out the red flags. Xavier Georges was next, heading Jean-Baptiste Loup, Franck Laroche, Philippe Loup and Steve Williams. Nicolas Gambini was 11th, heading class rival Nicolas Ferrer, whilst Rasse qualified 13th overall, two seconds faster than Nikowitsch, who would line up 14th. 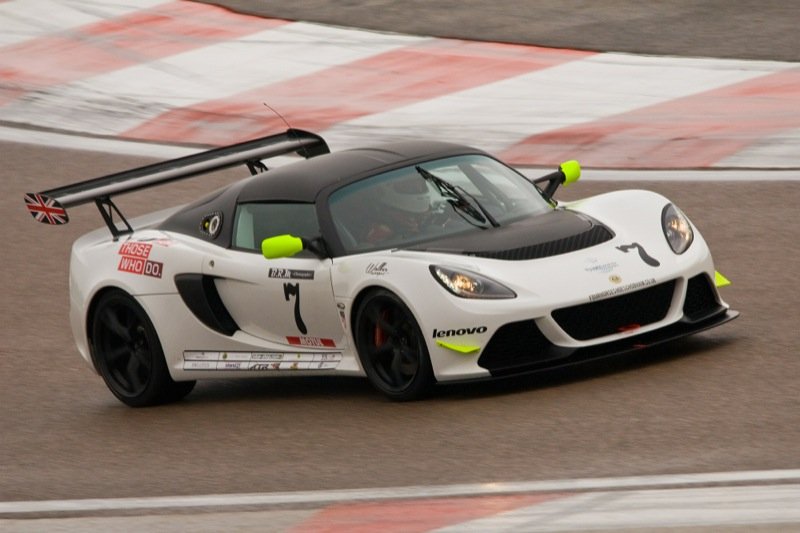 Race One
The opening race started under a light drizzle, which intensified throughout the half-hour, and this had a fundamental effect on the contest. Walker led Lourenco at the rolling start, but Ipsen would be in the barriers before the first lap had been completed and the safety car was called into action.

The restart lasted just a handful of laps as Walker kept Lourenco at bay, with Jean-Baptiste Loupe overhauling Packer for third place after despatching with Nick Walker. Georges’ race ended when he happened upon a spinning Laroche, and ended up being struck by the errant Exige. This meant that the safety car was called back into action, and with conditions worsening and recovery operations requiring some time, the race was brought to a close a few minutes early. 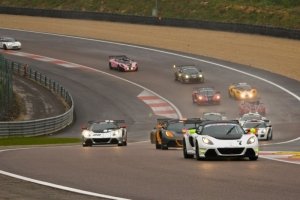 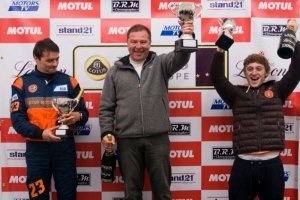 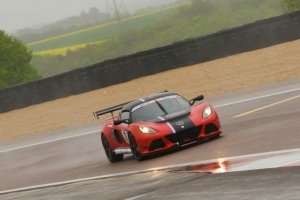 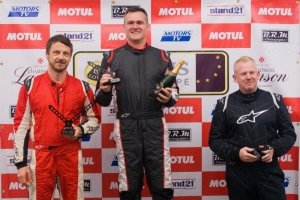 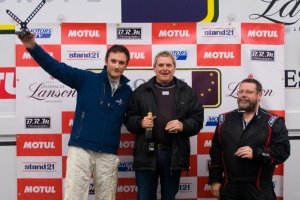 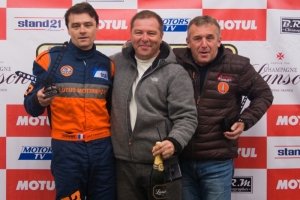 Race Two
With torrents of rain drenching the circuit between the races, there was considerable relief when conditions improved an hour before the second encounter. This resulted in a much more straight-forward affair, although it was probably anything but this for Jon Walker. He duly made his getaway from the standing start, but fellow front-row occupant Lourenco tucked in behind and the pair soon made this their own race. After the opener, Jon reckoned that despite a few doubts about his wet setup, he felt comfortable leading the reigning champion, and knew that it would be hard to overtake on this particular track.

Lourenco refused to give up, however, and maintained the pressure on the leader. At two-thirds distance as they were lapping traffic, the gap began to grow, but Jon could not relax, for the champion was right back on his tail. With just a couple of laps to go, the leader ran wide in the final corner and with momentum on his side, Lourenco was past into the first corner. It was a lead that he would not relinquish, and by the chequered flag he headed Walker by more than a second.

Nevertheless there was still something for the Walker family to celebrate, for sibling Nick had taken third place, and although he was half a minute behind, he headed fourth-placed Ipsen, whose mechanics had spent all morning repairing his Exige, by seven seconds.

The fight for fifth place was as intense as that for the lead. Jean Baptiste Loup and Williams battled with Lisandre for the place, but the latter dropped out before mid-distance, leaving Loup to demote the Briton a place by the flag.

Harvey celebrated a double class win with his 340R, beating race one retiree Laroche after an intense fight, and Gambini – just five seconds covered the trio at the flag. Jon Packer was tenth, and the last car on the lead lap, but he spun twice, the second time at the end, meaning that he needed assistance to return to the paddock. Even so, he was second in class, ahead of Anthony Fournier.

Production fell to Rasse once again, with Thierry Hedoin and Philippe Vanpevenaeyge completing the class podium. 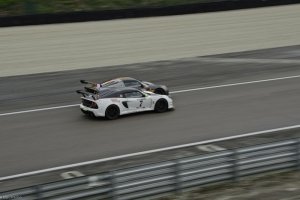 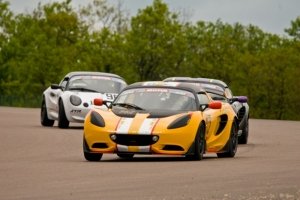 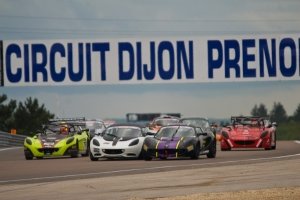 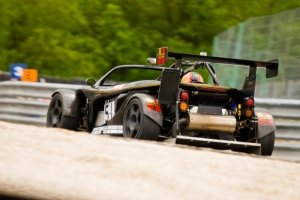 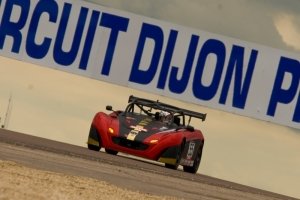 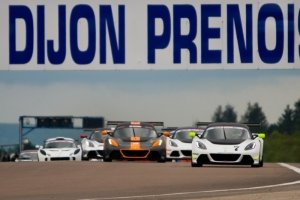 Whilst Lourenco is the reigning champion, until this weekend he had yet to record his maiden overall race win, but achieved this in style at Dijon, stalking Jon Walker’s similar Exige V6 and taking the lead when it mattered. It would have been fascinating to see what he could have done in the earlier encounter had he the chance. However, credit must be given to Walker, who led by far the most laps this weekend and was just one place off the perfect score, having headed every session but the last. It was a great weekend for the family with Nick completing the race two podium.

There were some highly entertaining battles in the second race, in which all would have been forgiven for playing it safe after the earlier rain-affected disruptions.

The next round will take place at Magny-Cours in just four weeks’ time, and it is hoped that Gregory Rasse will be on the grid at the most recent French Grand Prix venue.