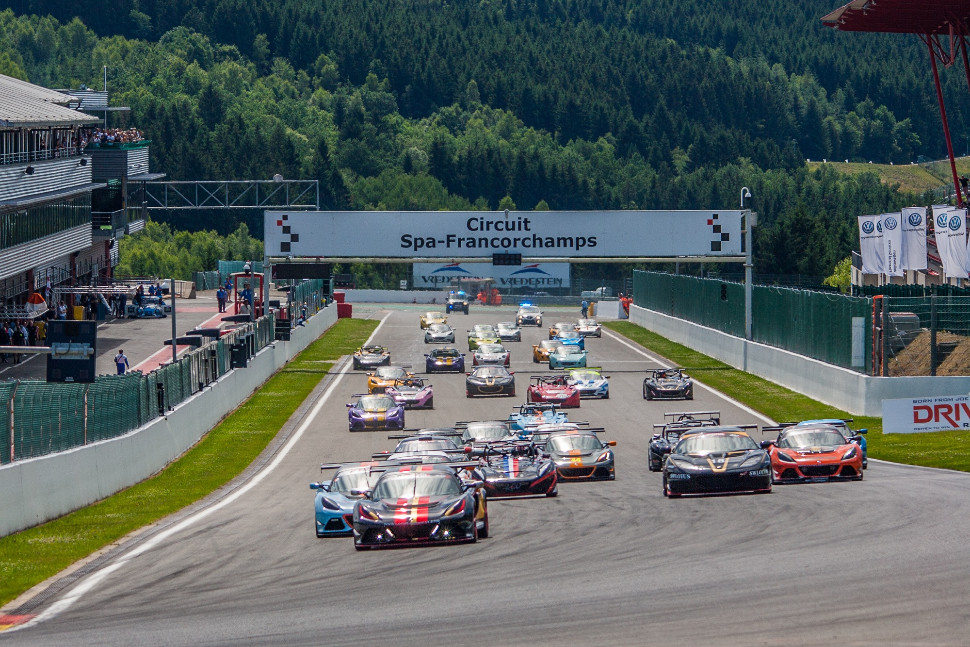 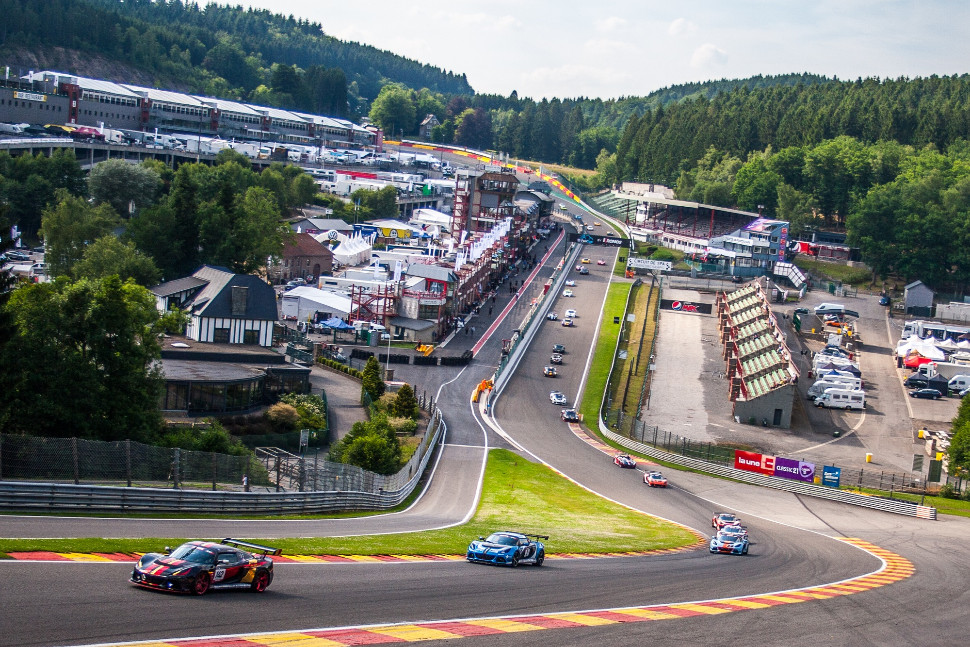 John Rasse leads into Eau Rouge as race one gets underway

Rasse took pole position on the Ardennes track, before dominating both races in his V6 Exige Cup, and in the process broke the series’ lap record at Spa-Francorchamps by more than a second, bringing the benchmark down to 2 minutes, 37.794 seconds. Reigning champion Tamas Vizin from Hungary had a strong weekend, and stood on the podium in both races. Swede Tommie Eliasson and Frenchman Xavier Georges took a third and second place respectively, completing an Exige V6 overall podium lock-out, although Georges suffered tyre issues in the opening race. 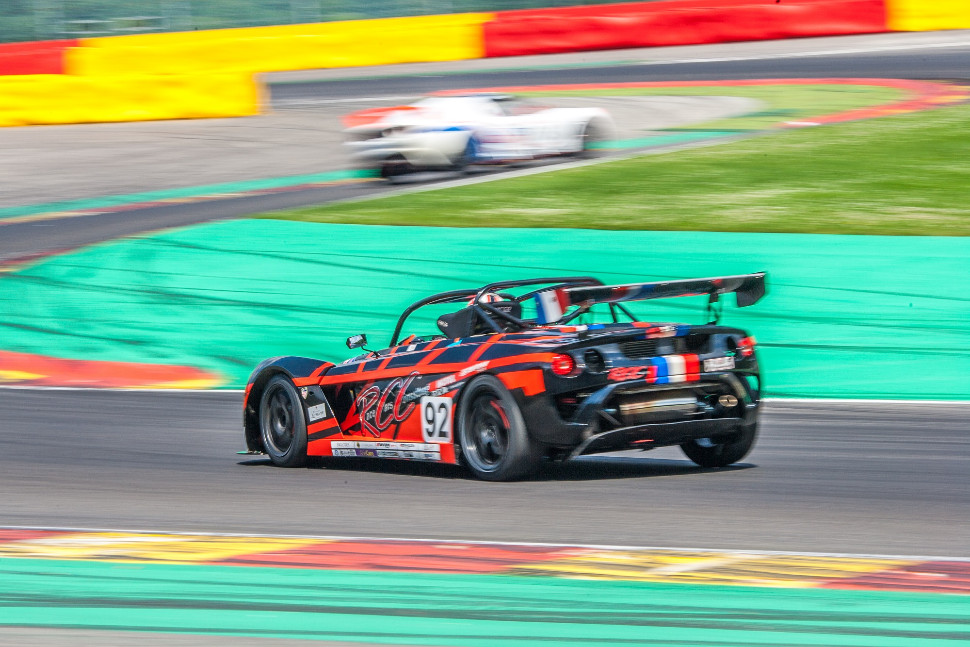 Both 2-Eleven class victories were claimed by Christophe Lisandre, meaning that the Frenchman maintains his title advantage, however Rasse’s brace of wins mean that he keeps in touch with the championship leader. 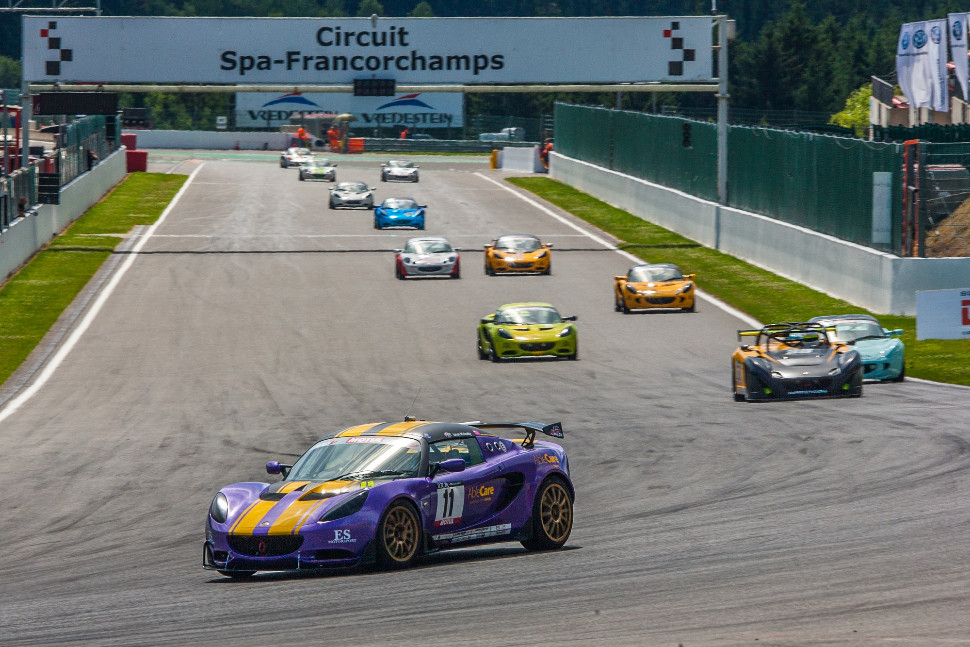 Jason McInulty was the class of the Production field

The next rounds of Lotus Cup Europe take place in Belgium’s Zolder on 15-17 September. 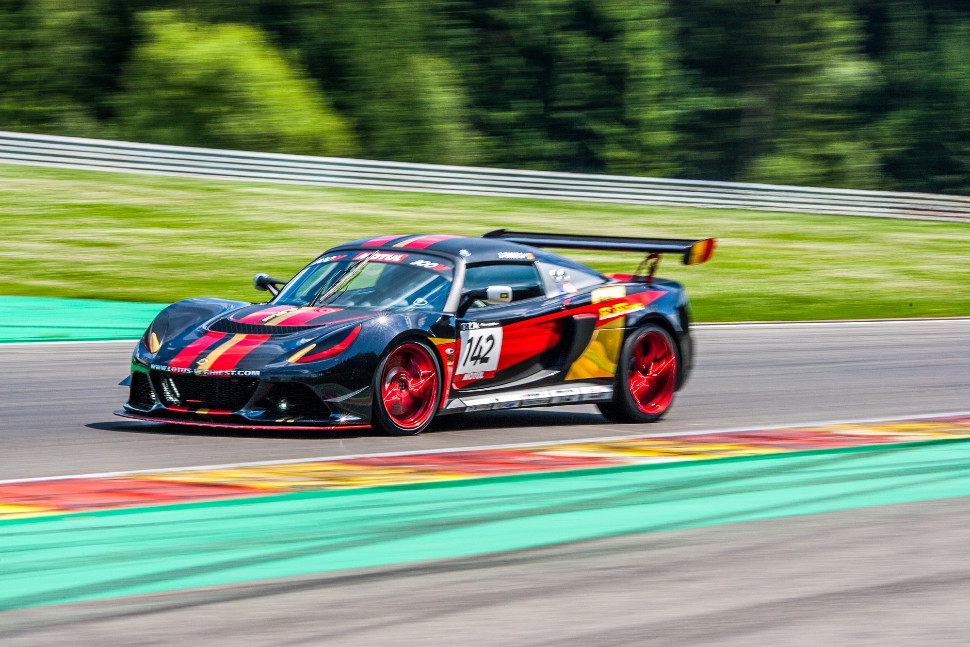